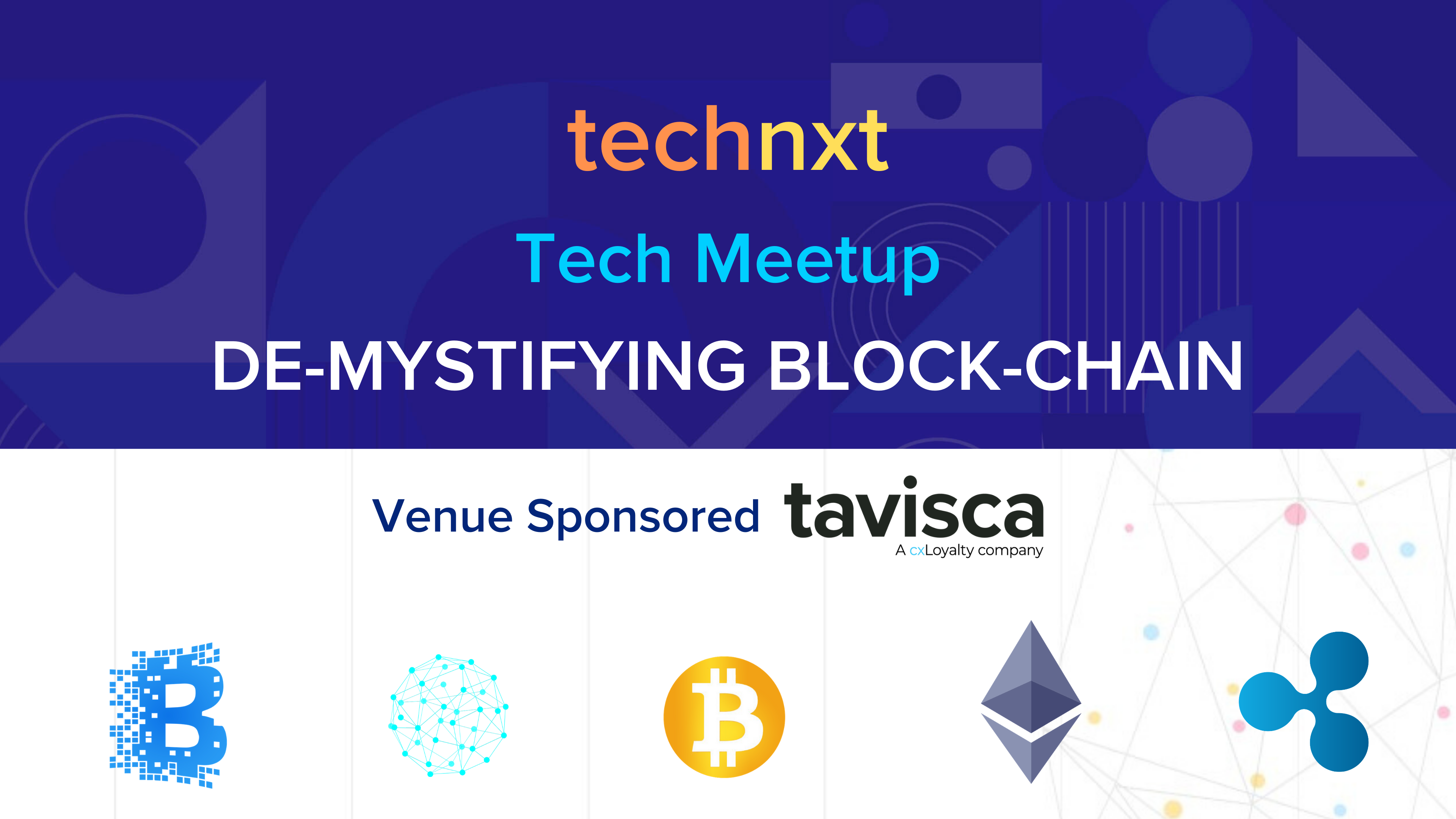 With a thrust on learning, tech buffs at tavisca love to come together and discuss the latest technologies and its impact on daily lives. They have hence, organized several Meetups revolving around diverse technical themes. Here’s a brief lowdown on their recent and upcoming Meetups:

Championing the cause of increasing women’s representation in the industry, tavisca welcomed women techies in their Pune office on April 22, 2017. Taviscans had gotten in touch with the two Directors of Women Who Code Pune – Ms. Janki Chhatbar and Ms. Sonal Bobde and volunteered to organize the introductory meet-up of their Python series – ‘Walking with Python’.

The Python session was conducted by Mr. Arjunsingh Yadav from Amazatic Solutions. Several hands-on activities were a part of this session, which were aimed towards helping techies set up Python on their Linux Window. They were trained to create a small program and execute on Python. The session also entailed an overview about data structures, which helped attendees, brush their basics and enhance their understanding about Python.

Several questions were asked during the session, which made it interactive and interesting at all times. During the Breakout session at Lunch, techies went on to network and got to know each other better. The session was quite a success, and Tavisca Solutions was delighted to have been a part of it.

#buildwithAWS – Pune Edition had organized a meetup on infrastructure provisioning using Terraform at Tavisca Solutions, on September 2, 2017. As venue partners for the event, tavisca invited tech buffs to be a part of the meetup, where the agenda was ‘Introduction of Infrastructure as a Code (Using Terraform)’

Hiren Shah, AWS Certified Solutions Architect and SysOps – Associate at Barclays, was the speaker at the event. Hiren is well-skilled in Python, OpenStack, Linux, Amazon Web Services (AWS), and VMware.

Attendees to the event gained valuable knowledge from the enthralling discussions at the Meetup. They were able to enhance their knowledge about Terraform, and utilize it to code hosting on AWS or solve real-life case scenarios.

Powered by Amazon Web Services, the TechNxt Meetup was organized at tavisca’s office in Pune, on September 9, 2017. TechNxt is a key initiative of the engineering group at tavisca, bringing technology experts, enthusiasts and real life case-studies together.

With an aim to participate, contribute and learn from the experiences of each other, technical enthusiasts from all over Pune were invited to be a part of the Meetup. Nikhil Prasad, Co-Founder of Tavisca Solutions, spoke about Scalable Logging at the event. He was joined by Rahul Shringarpure, Solutions Architect at AWS, who discussed about ‘Machine Learning’.

Techies in Pune thronged tavisca’s office and actively participated in the gripping discussions. The engaging sessions at the meetup were also accessible to tech-enthusiasts outside Pune, who could be a part of the sessions through Facebook Live and a web link for online viewers.

Tavisca Solutions would be organizing a meetup intended to ‘De-Mystify Blockchain’ on September 23, 2017, from 9.30am to 12.30pm. The discussions would be centred on the technology behind Bitcoin and how it would transform money, business and the world.

Ajay Jadhav, Blockchain SME at Edureka & Consulting Principal Architect, would be speaking at the event. Geared towards every blockchain-enthusiast, the meetup discussions will foray into the depths of this technology, unraveling the secret sauce of Blockchain-Hyperledger, which makes the impossible possible.

As venue partners for the meetup, Tavisca Solutions invite everyone with an interest in Blockchain Technology to attend this meetup, and be a part of the enticing discussions.

There are limited seats, so you’re requested to please reserve on priority. You will be notified once your reservation is confirmed.

“The author of this blog is an employee of our organization. We are a  cxLoyalty company, building products and solutions that, empower some of the world’s leading customer engagement and loyalty programs.“

Tavisca, A cxLoyalty company, builds products and solutions that empowers the world’s leading customer engagement and loyalty programs. We are constantly transforming the way brands engage, thank, and reward their most loyal customers.